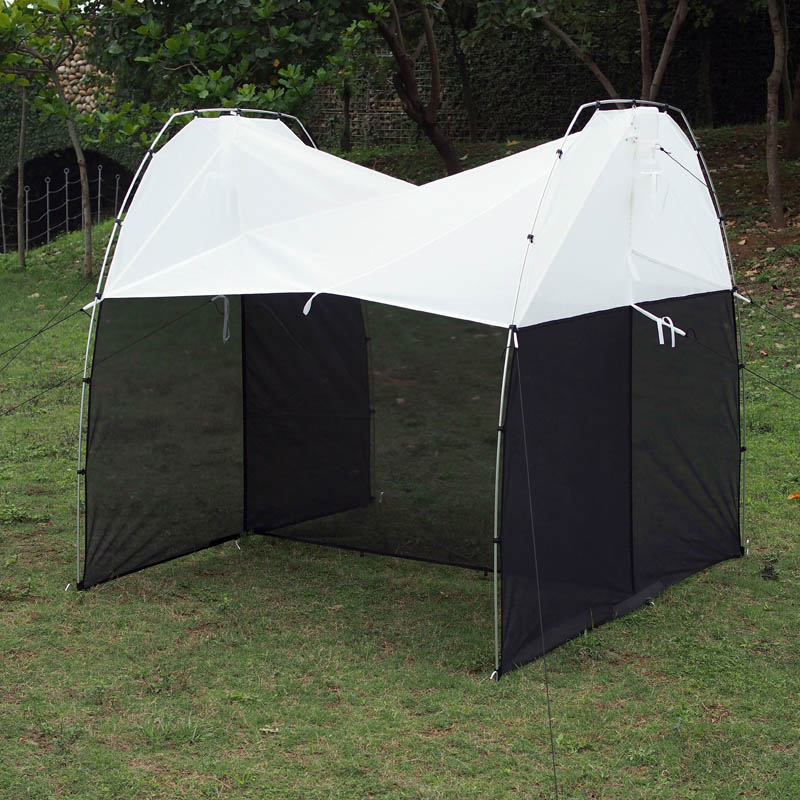 The ez-Migration trap aka 2-headed Malaise trap comes with two collecting bottles: one on each end of the trap. Insects intercepted on each side of center panel are collected separately by the ez-Migration trap. This not only makes trap orientation less of a concern, but it also helps identify insect flight direction.

As easy to assemble as our ez-Malaise traps, the ez-Migration trap uses a framework of shock-corded poles to allow quick installation. Simply hook clips around provided poles. The ez-Migration trap is nearly freestanding, requiring a minimum of two guy ropes. This feature is lifesaving when deploying traps where there are no trees nearby. It also allows the ez-Migration trap be used as a short-term sampling tool since repositioning the trap is very easy.

All items that are useful for general insect research are listed here. The list is not exhaustive. Use search section to locate product of interest

Product listed here are used to collect, process, and analyze insects that are medically important.

All kinds of light traps, controllers, accessories and useful things for collections, and